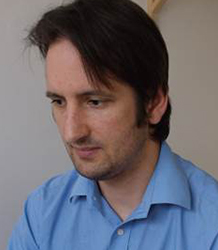 My work to date has focussed primarily on the literature of the eighteenth century and Romantic periods, and on the history of Gothic fiction from its earliest origins to the present day. More recently I have also carried out research into the history of popular fiction, literature and medicine, and the literary history of the south-west of England. My first book, Raising Milton's Ghost, was published in 2011; my second, Gothic Fiction and the Invention of Terrorism, came out in 2013. My third book, The Twilight of the Gothic, was published in 2014 by University of Wales Press as part of their Gothic Literary Studies series. My fourth book, Inspiration and Insanity in British Poetry 1825-55, was published by Palgrave in 2019. I am presently researching the literary and medical cultures of the post-Romantic period.

My teaching at Exeter is primarily on poetry, and the literature of the seventeenth, eighteenth, and nineteenth centuries. I also teach an optional third-year module on the history of romance fiction.

My office is Queens 239. Office hours can be booked by email, or via the sign-up sheet on my office door.

Gothic fiction, from the eighteenth century to the present day.

Literature and politics in the long eighteenth century.

The supernatural in literature, from the Renaissance to the present day.

The cultural history of altered states of consciousness in the late eighteenth and early nineteenth centuries.

Literature and madness in the early nineteenth century.

I am happy to supervise students who wish to work on literary-historical topics relating to British Romanticism, Gothic fiction, and/or the literature of the eighteenth and early nineteenth centuries. I also have an interest in contemporary popular fiction, especially in relation to the genres of Gothic fiction and romance. I have particular interests in topics relating to religion, nationalism, radical politics, the French Revolution, the occult, the supernatural, madness, altered states of consciousness, the history of popular fiction, and the aesthetics of the sublime.

I have supervised the following PhD students at Exeter:

I took my BA in English Literature at Cambridge, and my Masters and DPhil at Oxford. Before coming to Exeter, I held a research fellowship at Cambridge University. My first book, Raising Milton's Ghost, was published by Bloomsbury Academic in 2011; my second, Gothic Fiction and the Invention of Terrorism, was published in 2013. My third book, The Twilight of the Gothic, was published by the University of Wales Press in 2014 as part of their Gothic Studies series. My fourth book, Inspiration and Insanity in British Poetry, was published by Palgrave in 2019. I am presently researching the representation of health, sickness, and insanity in the popular fiction of the post-Romantic period.