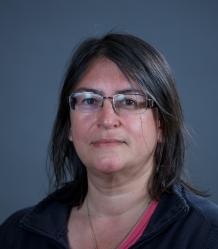 Professor in Performance and New Media

Gabriella Giannachi, FRSA, MAE, is Professor in Performance and New Media, and Director of the Centre for Intermedia and Creative Technologies at the University of Exeter, which promotes advanced interdisciplinary research in creative technologies by facilitating collaborations between academics from a range of disciplines with cultural and creative organisations.

Her publications include: On Directing, ed. with Mary Luckhurst (Methuen 1999); Staging the Post-avantgarde, co-authored with Nick Kaye (Peter Lang 2002); Virtual Theatres: an Introduction (Routledge 2004); Performing Nature: Explorations in Ecology and the Arts, ed. with Nigel Stewart (Peter Lang 2005); The Politics of New Media Theatre (Routledge 2007); Performing Presence: Between the Live and the Simulated, co-authored with Nick Kaye (MUP 2011), nominated in Theatre Library Association 44th Annual Book Awards (2012); Performing Mixed Reality, co-authored with Steve Benford (MIT Press 2011); Archaeologies of Presence, co-edited with Nick Kaye and Michael Shanks (Routledge 2012); Archive Everything: Mapping the Everyday (MIT Press 2016) and Histories of Performance Documentation: Museum, Artistic and Scholarly Practices, co-edited with Jonah Westerman (Routledge 2017). She is currently working on a monograph researching technologies for self-portraiture for Routeldge and, in collaboration with Annet Dekker, she is working on an edited collection in the field of digital art documentation.

Over the last five years, she has been researching projects in partnerships with: Tate, the Science Museum Group, The Natural History Museum, The Photographers Gallery, Royal Albert Memorial Museum and Art Gallery, the immersive media production company Factory 42, Exeter City FC Supporters Trust, Imperial War Museum, British Library, Stanford Libraries, LIMA, San Francisco Art Institute, Ludwig Boltzman Institute Media.Art.Research and Met Office Hadley Centre. She is a member of the Advisory Group of the ECFC Museum which she helped to create. She recently started to collaborate with the Devon Armed Forces Community Support Group and is working with them in an advisory capacity.

Gabriella Giannachi has a BA in Modern Languages and Literatures, in the Faculty of Letters and Philosophy from Turin University, and a PhD in English from Cambridge University, where she was awarded a scholarship by her College, Trinity Hall, to research the role of silence in modern European Drama.

In recognition of her research, she became a Fellow of the Royal Society of Arts in 2012 and an elected member of the Academia Europaea in 2014.

Gabriella Giannachi is Director of the Centre for Intermedia and Creative Technologies and her current research interests are: art and technology; mobile interpretation and user-generated documentation of art; the creation, exhibition, and sharing of archival resources within an exhibition context; mixed, augmented and virtual reality; presence research; museum studies and digital curation; new media and digital curation; oral history and digital heritage; creative technologies and public humanities; ecological and environmental practice. She welcomes research students in all these areas.

Principal Investigator of Documenting digital art: re-thinking histories and practices of documentation in the museum with Dr Annet Dekker (University of Amsterdam), Dr Katrina Sluis (UWA), Gaby Wijers (LIMA), and Dr Francesca Franco (University of Exeter), in partnership with LIMA, The Photographers Gallery, and the Venice Biennale, funded by the AHRC (2019-22).

Principal investigator of The Grecian Archive and the HLF-funded The History of St James Park project (2016-17), The City Museum (2017-19) and the Celebrating Our Heritage: an ECFC Museum Outreach Programme' (2019-2020) developed in partnership with Exeter City Football Club and Exeter City Footbal Club Supporters Trust.

Principal investigator for Exeter in the RCUK funded Horizon Digital Economy Research, Universities of Nottingham, Cambridge, Brunel and Reading (2009-15 and 2015-2020):

Principal Investigator for Moor Stories: Reimagining the Dartmoor landscape, with Royal Albert Memorial Museum and Art Gallery and 1010 Media, funded by REACT HEIF (2012) and REACT (2013). This project utilised research on user engagement, location and Victorian collections to develop an interactive website entailing an archive of RAMM's collection of objects pertaining to Dartmoor that can be encountered and annotated outside the museum. The research is documented in a blog

Co-investigator for Mapping Performance Art in the Bay Area, a visualisation of performance in the Bay area from the late 1960s to the mid 1980s (2009-13).

Principal Investigator, commissioned by AHRC, Nesta and Arts Council to research Imperial War Museum's SICE project (2012), which explored how social media models can be applied to museum collections, offering new frameworks for engagement and social interpretation. The SICE project was mentioned in the Guardian and the final report is here

Co-investigator for Riders Have Spoken, AHRC, led by J. Foster, Information Studies, Sheffield University (2010-11). This project led to Blast Theory's development of an archive of their work Rider Spoke.

Mentor to Watching the Detectives. Investigations of the Event, its Record and the Aesthetics of Witnessing (2008-11) led by Hugo Glendinning, funded by the AHRC. This project looked at the role of the photographer in generating performance documentation.

Principal investigator for ISN | Information Society Network, funded by University of Exeter (2006-9), to explore the potential of interdisciplinary collaboration on the information society.

I supervise students in a number of areas including ecological and environmental performance, contemporary performance and new media, documentation, and public humanities.

Miao Wang 'The Fluid Space: the dilemma of constructing the subjective self in the Chinese social media environment-A study with the approach of Contemporary Art Practice'

Jo Sutherst, 'The algorithmic gaze and its impact on our sense of human identity'

I research performance and new media documentation, a burgeoning field that concerns itself with the capture of rich quality data about an event (whether artistic or other) so it may be preserved for future generations. More precisely, I am an expert at documenting mixed reality events that span physical and digital environments. This has led me to research how documentations and, more generally, the archives that host them, can be used outside the museums as mobile centres for interpretation and knowledge production to facilitate creative engagement with art, heritage, popular and material culture. In particular, I research how mobile interpretation and creative engagement with such archives can generate new knowledge that is of value to users and museums; how encountering archival materials outside museums can bring return visitors as well as new visitors to museums; how the self-documentation of one’s encounter with art and heritage can constitute a rewarding  learning experience; how it can stimulate memory and augment individual and communities’ sense of identity, presence and well being; and what accessibility implications these uses of documentations may entail.

I draw from my research in all my teaching and the principal areas in which I teach are performance and new media; documentation and archiving; museum studies and curation; environmental humanities and public humanities.

I teach through a problem-solving, hands on approach and, when possible, try to collaborate with external institutions, such as Royal Albert Memorial Museum and Art Gallery, Bill Douglas Cinema Museum, Exeter City Football Museum, the Penguin Archive, and the Northcott Theatre.

I am an ASPIRE Highet Education Academy Senior Fellow.

To make an appointment with me, please sign up for a slot in my office hours or email me: g.giannachi@exeter.ac.uk