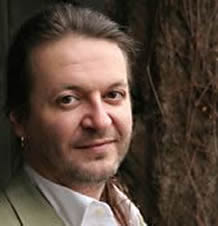 My work investigates questions of authenticity and the emergence of national and regional identities, particularly in the eighteenth and early nineteenth centuries. This interest began in my first book, a study of the formation of the English ballad tradition (The Making of Percy's Reliques, Clarendon Press, 1999) and an edition of Thomas Percy's collection of ballads (Routledge/Thoemmes Press, 1996). At the same time I published a collection of essays on the poet Thomas Chatterton (Thomas Chatterton and Romantic Culture, Macmillan, 1999), and used Chatterton as the central figure in a study of literary forgery and poetic inspiration, The Forger's Shadow (Picador, 2002; paperbacked 2003) - a book that also covered James Macpherson, William Henry Ireland, and Thomas Griffiths Wainewright. The Times Literary Supplement described The Forger's Shadow as ‘Refreshingly humanist and carefully researched ... the most entertaining, erudite and authoritative book on literary forgery to date.'

Following these predominantly literary critical studies, my work has become more emphatically interdisciplinary. Most recently, a cultural history of The Union Jack (Atlantic, 2006; paperbacked 2007), has examined expressions of British identities. The Union Jack was described by the Times Higher Education Supplement as ‘Vivid, fascinating and carefully researched history... robust, positive and wholly persuasive', and by the Guardian as ‘essential reading'. This work on national identity and culture has inspired further research into the relationship of culture variously with the past, with noise, and with the landscape. My study on the history of representations of the English environment was published in November 2013 as The Seasons: An Elegy for the Passing of the Year (Atlantic). It was the Book of the Week in the Guardian and a Book of the Year in the Observer, while in the Daily Mail Bel Mooney wrote that 'It's no exaggeration to say that this is a volume I have been waitng for all my life.... I love Nick Groom's passionate plea for us to be aware of traditional connections between human lives, the seasons and the natural world'. I am working on a follow-up monograph on issues of cultural environmentalism to be published in 2014/15, as well as a study of the international culture of British saints' days for Oxford University Press. In the meantime my acclaimed book The Gothic: A Very Short Introduction was published by OUP in 2012 as a part of a long-term project rethinking the Gothic past in political and historicist terms, and my anniversary edition of Horace Walpole's The Castle of Otranto will be published later this year - also by OUP

More generally, I have also written extensively on literature and culture for both academic and popular audiences, including a book on the status of Shakespeare (Introducing Shakespeare, Icon, 2001), an anthology of crime in the eighteenth century (The Bloody Register, Routledge, 1999), and several essays on the singer-songwriter Nick Cave. I have frequently appeared on radio and television and am a regular reviewer for the Independent. I teach literature and culture from Shakespeare to the present day, and run option courses on The Gothic, and on the work of J. R. R. Tolkien.

The Atlantic Archipelagos Research Project, set up with a British Academy grant, is in association with the Moore Institute, National University of Ireland, Galway. As part of this project, I organised the conference ‘Archipelagic Perspectives on Tim Robinson: an AARP Case study’ in 2011.