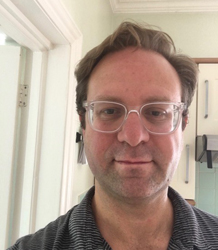 My research centers on twentieth and twenty-first century literature, primarily from 1945 to the present, and is guided by theoretical engagements with phenomenology, Marxism and critical urban studies. My first book, Embodying Experience: Modernism Beyond the Avant-Garde (forthcoming, Cambridge University Press) aims to reconfigure critical debate about the postwar “end” of modernism by considering the changing significance of the body after the collapse of revolutionary vanguards. Critics have traditionally maintained that after WWII, the triumph of liberal capitalism precipitated modernism’s decline into obsolescence. I argue instead that a surprising range of writers—Ezra Pound, Elizabeth Bishop, Ralph Ellison and Raymond Williams—adapt modernism to a new postwar landscape by developing an aesthetics of embodiment. These authors use ordinary bodily acts such as perception, memory and laughter in order to imagine more capacious conceptions of living and acting in common. Portions of Embodying Experience appear in Cultural Critique and the forthcoming edited volume Understanding Merleau-Ponty, Understanding Modernism (Bloomsbury, 2018). In addition, I have published essays on Tom McCarthy in Postmodern Culture, on “surface reading” in Mediations: Journal of the Marxist Literary Group and on neoliberal urbanism in Neoliberalism and Contemporary Literary Culture (Johns Hopkins, 2017).

This last essay stems from the initial research for my new book project, provisionally titled The Surfaces of Contemporary Capitalism: Twenty-First Century Literature and the Global City. This will be the first book to use critical urban theory to produce an account of contemporary global literature in the new age of planetary urbanization. Challenging the assumption that today’s globalized world is fluid, flat or seamlessly interconnected, I foreground place, scale and environment (both built and natural), in order to trace the uneven contours of the global city in twenty-first century literature. This study will range across a variety of core and peripheral urban locales—from London, New York, Vancouver and Los Angeles to Taipei, Mumbai, Lahore, Lagos, Mexico City and beyond—to consider works by writers such as Lisa Robertson, Sesshu Foster, Bhanu Kapil, Tom McCarthy, Zadie Smith, Valeria Luiselli, Teju Cole, Tao Lin, China Mieville and Chris Abani among others. By highlighting the contradictory dynamics of global urbanization, this study brings contemporary literature into focus and argues for the critical social dimension of literary studies in the present.

I am happy to advise post-graduate students at either Streatham or Penryn campuses interested in any of the areas listed in my profile.

I have taught a variety of topics in twentieth and twenty-first literature and literary theory, including Modern Poetry; Twentieth-Century Fiction; the Harlem Renaissance; Global Modernisms; Literature and Embodiment; Cultural Theory; Contemporary Literature and the Global City.

At Exeter, I teach on the following modules:

TRU: 2011: From Modernism to the Contemporary

Originally from Southern California, I joined the University of Exeter in Autumn 2017. Before that, I was Assistant Professor of English at University of Wyoming and held a postdoctoral fellowship at the California Institute of Technology. I received my PhD from Princeton University and AB from Harvard College. I also worked for three years in the Editorial Department (trade) of W.W. Norton & Company publishers.