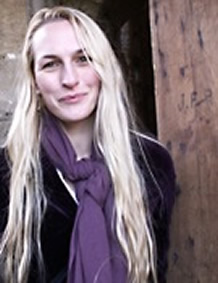 Joanne Parker is Associate Professor in Victorian Literatureand Culture in the Department of English. She researches the relationships between history, legend, place and identity - particularly in the literature and culture of the long nineteenth century. With Dr Corinna Wagner, she was part of the AHRC-funded project Community, Identity and Victorian Medievalism, and she was one of ten researchers working on the five-year EU-funded project The Past in its Place. She teaches options in Women's Writing, British Children's Literature, and Literature and the Past.

Joanne Parker is interested in the relationships between history, myths, place, and identity. Her latest book Britannia Obscura (Jonathan Cape, 2014) investigates competing senses of the shape of Britain, through a mixture of historical and literary accounts and oral histories. She is particularly interested in medievalism - the re-imagining of medieval history at different periods - and is a co-investigator (with Dr Corinna Wagner) on the AHRC-funded project 'Community, Identity and Victorian Medievalism in South West England'. Her other recent book is a co-written exhibition catalogue, Art and Soul: The Victorians and the Gothic (Sansom, 2014), produced to accompany an exhibition of the same name, which is part of this project. The exhibition (which has been co-curated by Joanne Parker and Corinna Wagner) will run at the Royal Albert Memorial Museum in Exeter, from November 2014 to April 2015.

With Prof. Philip Schwyzer, Prof, Sarah Hamilton, Dr David Harvey, Dr Nicola Whyte, and Dr Naomi Howell (and other colleagues at the University of Chester) Joanne Parker is also part of the five-year, EU-funded project The Past in its Place, which looks at the 'history of memory' in a range of English and Welsh locales (focusing in particular on three types of place - Cathedral Tombs and Memorials, Ancient Habitations, and Local Landscapes). This project, which investigates the ways in which individuals and communities have imagined, appropriated, and re-invented the past from the early medieval period to the present day, will result in a series of three co-authored books.

Joanne Parker's earlier work focused on Victorian reinventions of the past - in particular on the mythologisation of historical figures in the nineteenth century, and the influence of this upon modern culture. Her first book, England's Darling: The Victorian Cult of Alfred the Great (Manchester University Press, 2009; paperback 2014) examined the nineteenth-century fascination with the Saxon King Alfred - in literature, but also in fine art, political rhetoric, and public commemoration. She has also worked on the Victorian legends of King Arthur and Robin Hood, and on the nineteenth-century fascination with stone circles and other megalithic monuments. She was reseearch assistant on the AHRC-funded project, The Image of the Druid, 1500-2000, with Professor Ronald Hutton, and as part of this edited two volumes of essays: Written on Stone: The Cultural History of British Prehistoric Monuments (CSP, 2009) and The Harp and the Constitution: Myths of Celtic and Gothic Origin (Brill, forthcoming).