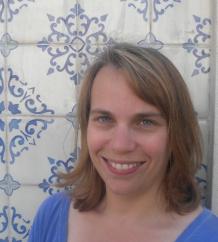 I am a Senior Lecturer in Victorian Literature and Culture. My main research interests are women’s writing and women’s work and art and design history in the Victorian period. My current work explores the relationship between authorship and the decorative arts in the second half of the nineteenth century, and I am currently writing a monograph entitled Designing the Novel: Women’s Writing and the Decorative Arts. More broadly, I am interested in the interactions of different forms of art in the nineteenth century and the interplay between aesthetics and economics.

In general, my work explores the connections that existed between artistic, commercial, and gender economies in the second half of the nineteenth century. My first monograph, Representing Female Artistic Labour, 1848-1890: Refining Work for the Middle-Class Woman, examined a number of literary, visual and contextual concerning the prevailing cultural debates surrounding women's work. It considered the impact the conjunction of femininity, art, and commerce had on the working woman's engagement with the industrial marketplace and reassessed the notion that entering the public sphere of work was considered a fundamentally degrading act for women. The primary source reader I co-edited, ‘What is a Woman to Do?' Women, Work, and Art, c. 1830-1890, also brought together some of the wide range of nineteenth-century writing on women's work in artistic and related professions ranging from acting, literature, and journalism to needlework, painting and illustrating. This reader provides students and researchers with an overview of key nineteenth-century writing on women's creative work in the period. My recent co-edited collection, Crafting the Woman Professional in the Long Nineteenth Century: Artistry and Industry in Britain explored the gendered divide between amateurism and professionalism in relation to women's creative labour.

I am currently writing a monograph entitled Designing the Novel: Women's Writing and the Decorative Arts, which explores the way in which the principles of design that developed out of the institutionalisation of education in the applied arts influenced the way in which women writers related to their own creative work.

My most recent article on the decorative arts,  "The Victorian Christmas Card as Aesthetic Object: 'Very interesting ephemerae of a very interesting period in English Art-production'"  was just published in The Journal of Design History.

I would welcome applications from students who would like to work on Victorian literature and visual or material culture in the nineteenth century, or women's writing in all its forms, particularly the work of Margaret Oliphant, Charlotte Yonge, Elizabeth Gaskell, and the Brontes. I would also be interested in supervising projects on  women and work, on Victorian literature's interactions with art, craft, design history or aesthetics more generally, or on Victorian 'things' as they relates to architecture and the built enviroment, the decorative arts, or the body and dress.

I am currently first/joint supervisor for:

Molly Ryder , "The Psychology of Space: Architectural Imagery in the Victorian Novel"